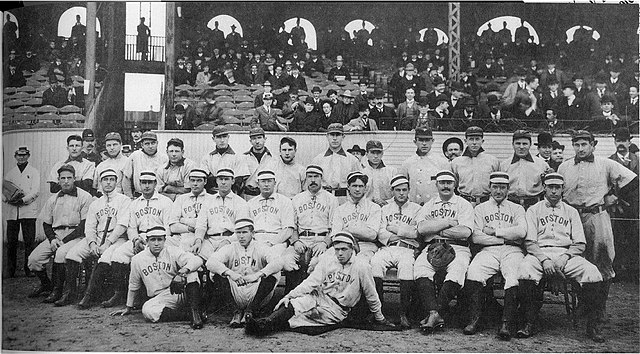 Batter up, baseball fans! After a record-breaking season (paging Aaron Judge and Albert Pujols), the 2022 World Series is finally here, and we’re celebrating baseball’s biggest event with a grand slam of historical trivia.

The first official World Series was an eight-game series between contentious rivals, the Pittsburgh Pirates and Boston Pilgrims. The Pirates won the title 5-3.

The Chicago Cubs won the World Series, followed by a record 108-year losing streak that lasted until 2016.

Charles Comiskey, the owner of the Chicago White Sox, banned seven players from the league after they admitted to throwing the 1919 World Series in exchange for a bribe.

The only triple play in a World Series was made by Bill Wambsganss of the Cleveland Indians in Game 5.

The first televised World Series was broadcast to a few surrounding areas.

The World Series was broadcast nationwide for the first time.

For the first time, the World Series was broadcast in color.

Don Larsen of the New York Yankees threw the only “no-hitter” in World Series history.

Bobby Richardson of the New York Yankees was the only player to win the MVP that was on the losing team.

The official Commissioner’s Trophy for the World Series champions was established.

The first scheduled night game in World Series history was Game 4 between the Orioles and Pirates at Three Rivers Stadium in Pittsburgh, Pennsylvania.

Game 3 of the World Series between the Oakland Athletics and San Francisco Giants was postponed when an earthquake damaged Candlestick Park and caused a power outage.

The first time the World Series was played outside the United States was between the Toronto Blue Jays and Atlanta Braves at the Rogers Centre in Canada.

The only time in MLB history, the World Series was canceled due to a players’ strike.

The first World Series match-up with two expansion teams, the Mets and Royals, which were formed after 1960.

The Chicago Cubs won the World Series, breaking a 108-year drought, the longest in MLB history.

According to MLB investigators, Astros staff and players used center-field cameras and other technology to watch and steal opponents’ signs, which are physical cues for pitchers and catchers. Using video replay systems, phones, television monitors, and trash cans, batters were given tips on what to expect and how to respond to pitches. The legitimacy of their World Series win was widely questioned by baseball fans, with many claiming that sign-stealing gave them an unfair advantage against the Dodgers.

The Nationals swept the Astros 7-0, marking the first time in World Series history that the visiting team won the first seven games.

I think whoever did that should be out of baseball for the rest of their lives.

The Astros cheating scandal of 2017 prompted officials to place restrictions on video replays. Catcher’s signals are now banned from replays to prevent sign stealing. The same year, several Astro players and managers were either fired or suspended for their role in the 2017 cheating scandal.

In an attempt to make baseball more exciting and speed up the pace of the game, the MLB made changes to the rules, including the establishment of a designated pitcher, a pitch clock with time limits, a limited number of times players can throw to first, and bigger-sized bases.

The favored Astros clinched a win over the dark horse Phillies, giving fans an epic, history-making finale to the 2022 season.

Step up to the plate for more sports articles on the Vidgo blog The Stream including Iranian Soccer Stars Use Fame to Fight Regime and  How the ‘Father of Baseball’ Ned Hanlon, Paved the Way for the Game in the 20th Century.

When it comes to the best in sports, entertainment, news, and Latino programming, Vidgo hits it out of the park. Along with 150+ channels, subscribers also have access to thousands of movies and shows on demand!