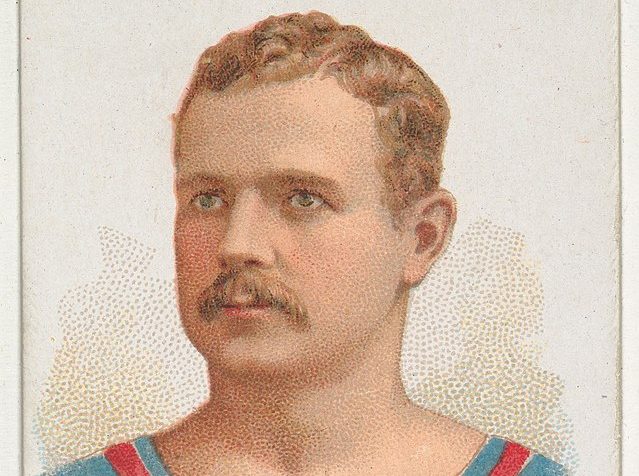 To all the Players, Managers, and Fans – You’re Welcome, Says Hanlon From the Grave

Who is Ned Hanlon, you might ask? He didn’t invent baseball, but he arguably was the most successful at making it a national sport by the 20th century. While the origins have been widely disputed, according to a report by the Mills Commission of the National League, baseball was invented in a cow field in Cooperstown, New York in 1839 by 21-year-old Abner Doubleday, who would go on to become a celebrated Civil War hero. But it was Ned Hanlon that hit it out of the park when he ushered the sport into the mainstream. The first step was perfecting his skills as a player and then building a solid defense in the never-ending battle between players and owners.

Humble Beginnings at the Top of the Inning

Ned Hanlon’s vision of turning every boy’s favorite backyard sport into a respectable career and treasured national pastime began in a dreary cotton mill factory. It was the time before women’s rights and child labor laws, or indoor plumbing and electricity. Compared to all the modern conveniences and freedoms we now take for granted, times were rough in America, especially for the working class that was subjected to the strict rules of socioeconomic status and the cruelty of unregulated capitalism.

Also called “Foxy Ned’ and the ‘Napoleon of Baseball,’ Edward Hugh Hanlon was born in Montville, Connecticut on August 22nd, 1857. This quiet, one-stop-sign town on the outskirts of New London was the unlikely birthplace of the ‘father of modern baseball,’ although if you ask the locals, they probably have never heard of Ned Hanlon. An unsung hero in his own hometown, Hanlon was too big a fish for small-town America. But in bigger cities like Baltimore, Hanlon’s legacy is cemented in plaques and park names to commemorate one of the most important early figures in the sport.

From the Cotton Mill to the Ball Field

Cotton mill factory work was cruel and backbreaking, and Ned Hanlon knew from a young age that baseball was his freedom ticket out of the workhouse. His humble beginnings may have robbed him of a proper childhood, but his background gave him the perfect combination of ingredients for becoming the first successful pioneer of modern baseball in America.

He got his work ethic from his days at a mill in nearby Taftville, and because his Irish immigrant father was a homebuilder, he understood the importance of strategic planning. Later on in his career, these hard-scrabble skills would be critically important when he rallied against greedy league owners that tried to cap player wages.

A quick glance at Ned Hanlon’s baseball stats shows an impressive record. Working hard to stay out of factory life and earn a living as a baseball player, he proved himself as a top center fielder when he started his pro career with the Cleveland Blues in 1880. When Hanlon went on to play for the Detroit Wolverines, he became captain and led the team to victory as world champions in 1887. Overall, he held a career-high of 69 stolen bases and a .260 hitter average.

After the Wolverines disbanded, he joined the Pittsburgh Alleghenys in 1889. During a stop in Egypt on a world tour sponsored by the Spalding sporting goods empire, he led the push back against the owners when the players discovered that their salaries were getting capped at $2,500 a year.

Ned Hanlon had an admirable baseball career but he really made a lasting mark as a manager. As one of the first managers of the game, he held a 586 winning percentage for 19 seasons, including five National League pennant winners – the Baltimore Orioles and Brooklyn Superbas. He also refined innovative tactics that have remained essential to the game – the sign system, squeeze play, hit-and-run, delayed steal, platooning, and pitching rotation.

When he was head of the National League rules committee, he also championed the infield fly rule and spring training. As Steve Wulf from ESPN points out, “He is to baseball what Socrates was to philosophy, what Eclipse was to thoroughbred racing, what Claude Monet was to impressionism.”

Not only did Hanlon launch a thousand distinctive mustaches on star players, managers, and baseball fans, but he also created the first strategic roadmap for managing a team. Along with a long list of contributions, his greatest legacy was his skills as a teacher. He taught five Hall of Fame managers including John McGraw, Connie Mack, Miller Huggins, Wilbert Robinson, and Hughie Jennings.

“I think it’s safe to say [Hanlon] knew more about baseball than any other man of his day. And he knew how to teach the game to young players. He talked it from morning until night on the bench, on the field, in hotel lobbies, at meals, aboard trains. Players on his clubs heard nothing, ate nothing, and dreamed nothing but baseball.”

You may have never heard of Ned Hanlon, but his legacy has had a significant effect on every aspect of the game. Every time a player signs a contract, or a fan gets nostalgic singing the classic song at the 7th inning stretch; for every hero that ignited the winning spirit of America – Babe Ruth, Mickey Mantle, Darryl Strawberry, Jackie Robinson – for every kid that steps up to the plate and dreams of making it to the big leagues, say your baseball prayers to Ned Hanlon, whose spirit is deeply embedded into everything that makes baseball America’s favorite sport.

Check out more sports and entertainment articles on the Vidgo blog The Stream.

Vidgo subscribers can enjoy the best in LIVE sports, including a full schedule of baseball games on the MLB network, 110+ channels, and thousands of on-demand titles.