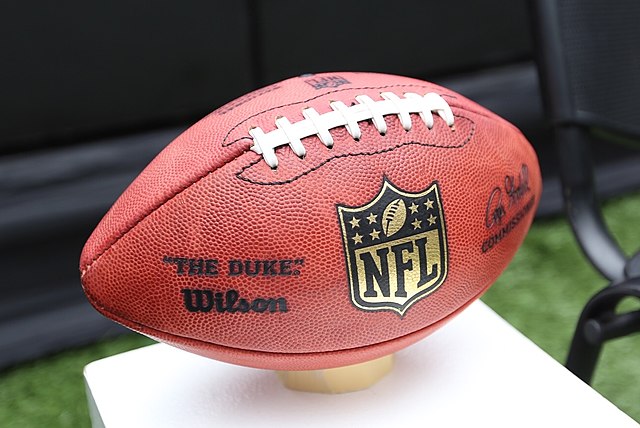 With a long list of challenges coming into the 2022 NFL season, including injuries, new coaching staff, and off-the-field scandals, anything is possible, even when factoring in last year’s statistics and standings.

With a 4.41 speed, Alec Pierce is poised to make a statement right out of college. He’ll also get a boost from Matt Ryan, who has had a 65% pass completion rate for the last four seasons. You can also expect some big plays for the Indianapolis Colts with an impressive 17 yards per reception in his last three years as a college quarterback for Cincinnati.

Washington Commanders wide receiver Jahan Dotson has received plenty of buzz as a top draft prospect. The Penn State star is armed with remarkable speed and precision, which makes him competitive in catch-and-run plays.

Another rookie to keep your eye on is Kenny Pickett of the Pittsburgh Steelers. As he works his way towards the first-string quarterback, you can expect lots of action with a 62.4% completion rate and 101 total touchdowns.

Favored Comeback Player of the Year

What wide receiver Allen Robinson II lacks in speed he makes up for with his ability to run a lot of routes for the Rams, which can be easily compared to Cooper Kupp, the 2021 Offensive Player of the Year. With more play-calling options, it’s quite plausible that Robinson could rack up yards all over the field and become a reliable red-zone threat, taking last year’s offense to the next level.

You can hedge your bets on the Las Vegas Raiders as the #1 offense in scoring. With the acquisition of two-time All-Pro wideout Davante Adams, a former Fresno State teammate of quarterback Derek Carr, along with tight end Darren Waller, wide receiver Hunter Renfrow, and running back Josh Jacobs, new head coach Josh McDaniels has plenty of Pro Bowler players in his offensive arsenal.

Last year, wide receivers George Pickens and Calvin Austin III took the spotlight for the Pittsburgh Steelers, but it’s their ground game that will stir up trouble this season. With Mason Cole and James Daniels strengthening the interior of the offensive line, running back Najee Harris is in an ideal situation to bolster an impressive number of rushing yards. Tied with Joe Mixon for 5th in odds for rushing yards at +1400, he is quickly on his way.

Right out of the gate, the Dolphins must face off against four high-ranking teams – Bengals, Patriots, Ravens, and Bills. Tua Tagovailoa can pull it off thanks to an offensive line that is shaping up to look very similar to the 49ers. The comparison is no surprise since head coach Mike Daniels was a former offensive coordinator for San Francisco. The former Alabama quarterback and #5 pick in the 2020 NFL Draft, a lot has been expected of Tua, but he proved to be a disappointment with mediocre stats and a lack of long completed passes. Despite his lackluster performance over the last two seasons, the strong offensive line could make up for it. If they pull off wins early in the season against tough teams, the Dolphins can position themselves as serious playoff contenders.

With other top wide receivers out of the season due to retirement or injuries, Tampa Bay wide receiver Mike Evans could be on his way to taking the title of the single-season receiving yards record. Last year, Tom Brady’s numbers proved that he can still perform at a competitive level in a pass-heavy offense. If Brady continues to average 40 pass attempts per game, Evans has a good shot to beat out Hall of Famer Calvin Johnson at 2,000 receiving yards in 17 games.

It’s worth mentioning that NFC East hasn’t had a repeat division winner since 2004, a trend that is expected to continue in 2022. That puts Washington in a realistic position to win the NFC East playoffs. Another significant weapon in their offensive arsenal is the newly acquired quarterback Carson Wentz, along with wide receiver Terry McLaurin, who has led the team in receiving yards during his three years on the field.

While the Los Angeles Rams are one of the best teams in the NFC, Matthew Stafford’s elbow injury is forcing them to recalibrate their offense, a major blow to their reigning power rankings. That puts the San Francisco 49ers as the most likely team to win the NFC West, especially with all the buzz surrounding the 49ers quarterback Trey Lance. If he lives up to his potential, San Francisco will push the Rams off their throne as playoff contenders.

Crowned the “Kings of the North” for nearly every season since 2011, it’s easy to predict the Green Bay Packers as the 2022 NFC North champions. Although they have issues with the wide receiver position due to injuries, Green Bay has a strong defense and rushing attack this season.

Thank to the consistently high-performing passing statistics of Tom Brady, predicting the Tampa Bay Buccaneers to win the NFC South is the easiest projection of the season. A few red flags are Brady’s passion for the game and three new starters on the interior offensive line.

With Joe Burrow painfully close to a win for the Bengals in last year’s Super Bowl, it’s hard not to have wishful thinking and hope he gets a second chance at winning the title. A repeat matchup with the Rams is an easy prediction but a boring choice, especially with the possibility of the Rams winning for the second year in a row. To keep things interesting, we’re going out on a limb and predicting the Buffalo Bills.

With a record appearance in four consecutive Super Bowl games, plus impressive standings including Josh Allen, the #2 prediction for top passing yards, it might not be that big of a stretch to pull for Buffalo. But winning the Super Bowl over the Bengals is a whole ‘nother story.

The 2022 NFL season is starting to take shape, and while the possibilities are wide open, you can bet on plenty of excitement, surprises, and memorable moments.

Get a kick out of more sports articles on the Vidgo blog The Stream like College Football 2022 Shapes Up with AP Preseason Polls and Gronk’s Top Picks for Sports Fans. With more live college and pro football than any other streaming service, Vidgo subscribers will never miss a game. They also can enjoy the best news, entertainment, and Latino programming with 150+ channels, plus thousands of on-demand shows and movies!