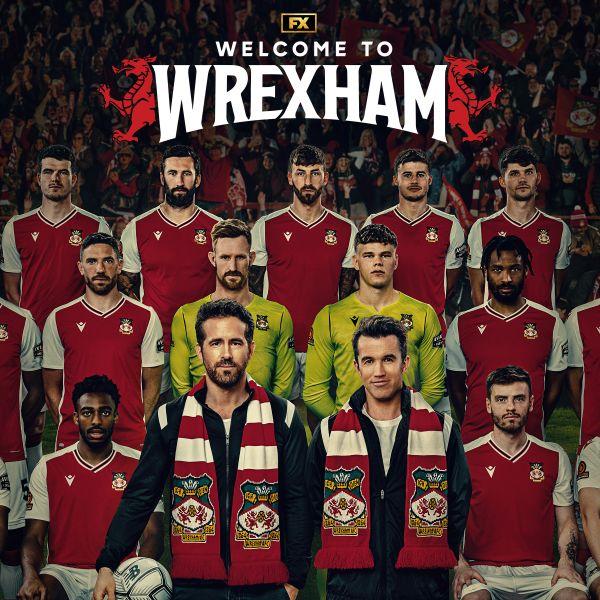 In a real-life Ted Lasso scenario, two Hollywood stars parachute into a small Welsh town and buy a struggling, underfunded soccer club. What could possibly go wrong? If Ryan Reynolds from the Deadpool franchise and Rob McElhenney, the star of the comedy series, It’s Always Sunny in Philadelphia, can build up the team and boost them up the elusive pyramid of football leagues, it has the potential to be a heartwarming underdog story. If it all goes tits up and they must sell it, they’ll look like the villains when they journey back across the pond to their Los Angeles mansions.

A testament to the widely popular Ted Lasso series, soccer is having another moment in the U.S., and Welcome to Wrexham offers a binge-able reality show format that is instantly intriguing. Watching it makes you constantly wonder, will this work? How are they going to pull it off? According to critics, you can expect a bit of warm and fuzzy fluff, quirky characters, and compelling real-life drama from Season 1 of Welcome to Wrexham.

Angie Han From The Hollywood Reporter

Whether or not you have an interest in soccer, Welcome to Wrexham scores big in feel-good moments, which can be either good or bad depending on what you’re looking for in a reality series. Angie Han from The Hollywood Reporter compares it to cotton candy, which is junk food for some but the perfect comfort food for others. “If you’re in the mood for a bit of uncomplicated sweetness – and especially if you also have a soft spot for McElhenney, Reynolds and/or the general concept of sports fandom to begin with – Welcome to Wrexham may hit the spot.”

A notable aspect of the series is how it portrays Reynolds and McElhenney as unguarded and off-the-cuff comedy stars, which sets up a charming premise. But as the series progresses, the entrepreneurial documentary rhythm gets upended with some real-life human emotion, particularly when they fire the manager and a significant number of players after a playoff loss. Steve Greene from IndieWire calls it an elaborate experiment with non-stop intrigue. “… Reynolds and McElhenney see the club as a test case for whether an influx of funding and a jolt to a fan base can do more harm than good.”

While the critics are initially pulled in by the funny and light-hearted banter between McElhenney and Reynolds, the most interesting characters are salt-of-the-earth locals, especially Wayne Jones, owner of The Tube, a pub right outside the stadium. At the time of the filming, he’s making food out of a cart and Joel Keller from Decider points out his endearing optimism for the team despite a global pandemic. “…he still has a positive feeling about how the new ownership will turn the team around, and hopefully start turning around the town’s fortunes as well.”

Rebecca Nicholson From The Guardian

At the start of the series, it’s impossible to not point out the clash of cultures when two famous Americans that know nothing about soccer buy a down-on-its-luck soccer club. According to critics from The Guardian, the series improves immensely once it gets past the Football for Dummies trope. As Rebecca Nicholson explains, “…it is at its best when it steps away from its star power and focuses on the town, the players, and the supporters.” She was especially moved by the woman that talks about the struggles of coming off disability benefits and starting full-time work again.” But despite the challenges of modern life, football is what unites them all.

Max Covill From Roger and Ebert

TV critics from Roger and Ebert also appreciate the balance of the portrayal between the two Hollywood stars and the locals most impacted by the Wrexham shake-up. On the one hand, the excitement and absurdity of navigating the unforeseen challenges of owning and running a football team are compelling, especially with the infectious charisma of Reynolds and McElhenney. The other half is just as compelling, particularly the interviews with die-hard fans. “Other interviews share not only the love of the game but the sacrifices that have been made to support the team. This love is infectious and it’s not hard to imagine the documentary creating new members of the Wrexham club.”

Watch Welcome to Wrexham Wednesdays at 10pm/ET on FX with Vidgo, which also features the best in live sports, news, and entertainment with 150+ channels and thousands of on-demand shows and movies!