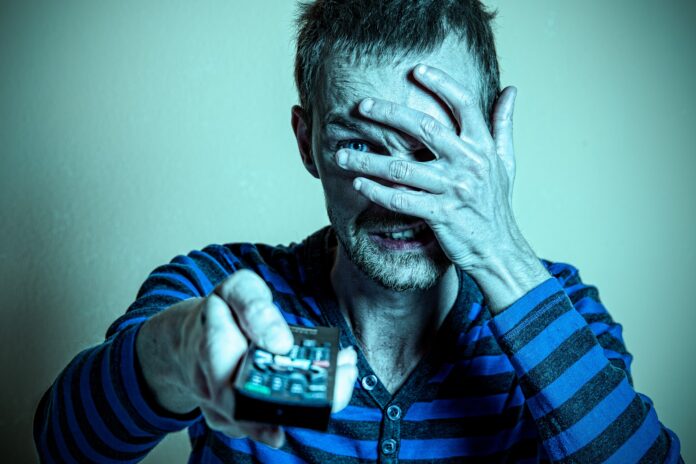 ‘Tis the Season for Chills and Thrills

October is here, which means it’s time for decorative gourds, pumpkin spice everything, and horror shows and movies. But this need for screams is more than a bone-chilling Halloween trend; the horror and dystopian genre is popular any time of year.

Horror isn’t everybody’s cup of witches’ brew. For some, real life offers more than enough actual horrors with IRS audits, foreclosure, unemployment, health scares, and the like. But for those who consume horror entertainment as easily as candy corn, researchers have found there’s a reason why some viewers fall down the rabbit hole of creep.

It might seem counterintuitive, but researchers have found that watching horror movies or shows actually reduces anxiety. When viewers watch this type of media, it stimulates the fight or flight response, which triggers a surge of stress hormones such as adrenaline and cortisol.

But instead of being in actual danger, we know the horrors are safely limited to TV screens and there are no real threats to our safety. This awareness combined with the activation of stress hormones allows us to practice emotional regulation.

As psychologist Lynn Zubernis, Ph.D. explains, emotional regulation takes practice, and “choosing to experience fear in an environment where you have control like this can bring some psychological benefits.”

In fact, studies have found that horror fans are better at moderating negative emotions. Consequently, they use fewer avoidance mechanisms to deal with fear and anxiety in their lives.

Provides a Healthy Form of Escapism

Experiencing persistent anxiety about real-life concerns is the common cold of the modern mental state, and horror and dystopian entertainment can be a form of escapism that temporarily shifts perceived threats from real life to fiction.

The rush of adrenaline and cortisol produces a rush and then quickly slows down brainwave activity, resulting in a positive mood and a natural ”high.” This is especially true for those with adventure-seeking personality traits. On an emotional level, Sigmund Freud referred to this sensation as ‘catharsis’, the therapeutic release of repressed fears and anxieties.

Along with reducing anxiety, horror fans are also better at building psychological resilience because they are continuously prepared for the worst. Dystopian media might be fiction, but themes like racism, sexism, violence, and powerlessness can resonate with viewers.

In one study, horror fans reported that they felt more resilient when faced with real-life situations because the entertainment that they watched became an analogous reflection of modern society.

Explores the Dark Side of Humanity

With the toxic positivity trend at an all-time high, the horror genre offers people a chance to explore the dark side of humanity. What psychologist Carl Jung called the shadow side, the horror genre takes a deep dive into the complicated and flawed inner world of the most despicable villains.

From the safety of our TV screens, we can get an up-close look into evil, giving us valuable insight into the complex development of villains and why they chose a path of darkness and cruelty.

The Sweet Spot for Horror Fans

There’s a reason why horror and dystopian shows and movies are more popular than others. Researchers have found that the trendiest titles have just the right balance of nightmare situations and hopeful resilience.

Part of what horror is, is taking risks and going somewhere that people think you’re not supposed to be able to go, in the name of expressing real-life fears.

While they get a rush from being on the edge of their seat with nail-biting situations, viewers aren’t overwhelmed and come away feeling inspired that good triumphed over evil despite impossible odds.

Love it or hate it, horror makes the audience ponder morality and human nature, going to places that no other genre dares to go.

Looking for more chills and thrills? Check out Vidgo’s Spooktacular Halloween Picks on the blog The Stream. Along with the spookiest entertainment, Vidgo subscribers can also enjoy the best sports, entertainment, news, and Latino programming with 150+ channels and thousands of movies and shows on demand!