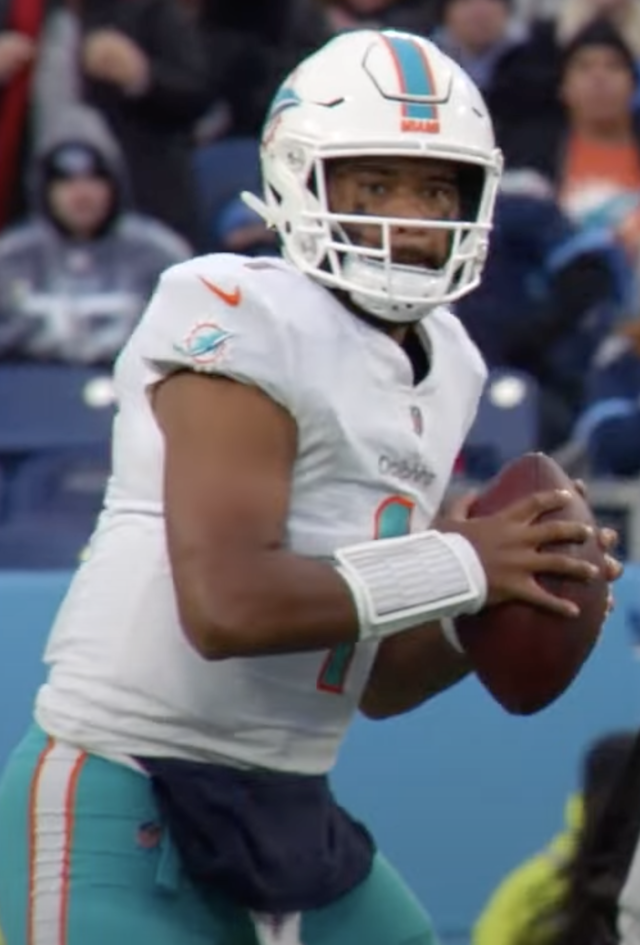 A growing chorus of critics calls for Thursday Night Football to head to the end zone.

Ruefully called concussion season by comic John Oliver, football is here again and the dysfunction of injury protocols and a grueling schedule are putting the NFL in the hot seat.

Historically, Thursday Night Football has not been part of the original lineup of the NFL franchise, having been first established in 2006. What started as an eight-game schedule has turned into a TV man spread of 15 additional regular season games.

Although the NFL front offices have reports proving otherwise, there is a mountain of evidence pointing to the dangers of Thursday Night Football and how it doesn’t give players enough recovery time, an argument echoed by many insiders, players, and coaches.

The recent fumble with the handling of Tua Tagovailoa has put NFL concussion protocols in the spotlight again, and the optics are not looking favorable. Freshly painted in the minds of football fans was the brutal hit that left Tua contorting his fingers, obvious signs of a concussion. After suffering an injury just one week before, the renowned neurologist Dr. Bennett Omalu pleaded for Tua to sit out Thursday’s game.

It was an ominous premonition that came true after an independent doctor misdiagnosed his concussion as a back injury, which took him off the injury list. After the football world winced and cringed at the hard-to-watch brain injury happening on the field, the private doctor has been fired and the NFL has updated its concussion protocols. But many are wondering if it’s enough to prevent season-ending or career-ending injuries

Greed on the Field

With impressive ratings, the NFL franchise is making insane amounts of money from TNF, and some are questioning whether the NFL is prioritizing profits over safety.

Sports analyst Sydney Van Gorp points out the head-scratching numbers. With TNF, players have three full days of rest, not counting travel and practice weaved into the week. NFL also signed a $113 billion contract with Amazon, an 80% increase over the current network deals. He believes these numbers matter because it signals a conflict of interest. “It sure seems like greed, power, excess, and outrageous NFL front office salaries/bonuses are more important than protecting the athletes, without whom, Roger Goodell and the league would be nothing,” he says.

Former NFL players and coaches are passionate about the game and part of their love for football is to seriously question TNF. Calling for the end of Thursday games is their Hail Mary play to save football, which starts with the safety of the players and the quality of the game.

Former cornerback Richard Sherman, a TNF commentator, says the NFL is overplaying their hand with the added mid-week game. His main complaint is that players don’t have enough time to recover from Sunday games. In an op-ed for the Players Tribune he wrote:

“I guess this is what happens when you have people in suits who have never played the game at this level dictating the schedule. I’d like to put Roger Goodell in pads for a late game on a Sunday, in December, in Green Bay, on the frozen tundra – then see what time he gets to the office on Monday morning, knowing that he would have to suit up again on Thursday…Then maybe he’d understand….”

The obvious counterargument is that the players know what they’re signing up for, and they’re getting paid big bucks. But some make the case that these football gods are human beings and deserve to play for a league that places their safety above profits. And it’s not just safety that is at stake.

It Hurts the Quality of Games

Former NFL head coach and analyst Brian Bullock also argue that the lack of recovery time puts teams at a competitive disadvantage: “[It’s] brutal. In a league that is so myopic on the health of the players, to even play Thursday night games is contrary to that, in my opinion. To ask a team to come back on a short week I think is a competitive disadvantage. I’m not a big fan.”

What are Fans Saying About Thursday Night Football?

With impressive ratings, fans are tuning in on Thursday nights, but social media shows a different picture; many fans are siding with players and coaches and preaching that TNF must go.

Would Thursday Games Be Missed?

The away team is tired from Sunday and not as prepared, which is unfair because their preparation time is cut short due to traveling. Consequently, these aren’t edge-of-your-seat games with epic Cinderella plays. In fact, a 2016 Sports Illustrated report found that on average, winners are decided by a two-touchdown margin and only 36% of road teams clinch a win.

For football fans, Sunday is the perfect day to watch games. It’s a lazy day of rest and relaxation. Monday Night Football is also a favorite way to unwind after the longest work day of the week. But opponents argue that the sloppy, throwaway Thursday games don’t really improve a mid-week evening, causing many to wonder if it’s worth the high cost of injuries in one of the most violent sports.

Fans and insiders have been calling for an end to TNF for years, and as the chorus grows louder, the pressure is on NFL to consider benching Thursday night games.

Get a kick out of more sports articles on the Vidgo blog The Stream such as Gronk’s Top Picks for Sports Fans and The History of Women’s Basketball. Vidgo subscribers can enjoy the best live sports coverage along with entertainment, news, and Latino programming with 150+ channels and thousands of shows and movies on demand.