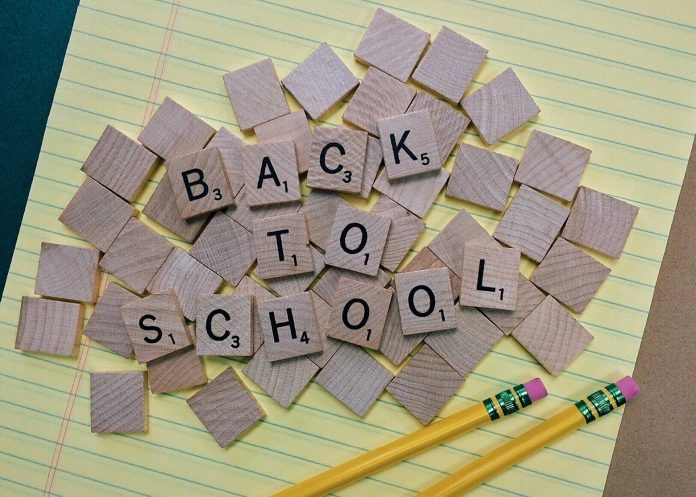 When it comes to the best school-themed entertainment, we’re at the head of the class with our list of top picks. Ranging from retro fun to trending new releases, these shows and movies get a gold star for the best after-school streaming.

The Honor Roll of On Demand Movies

Based on the best-selling novel, acclaimed director Tim Burton creates a fantastical world where anything is possible. Played by Eva Green, Miss Peregrine houses and cares for a group of children with unique supernatural abilities. Discover a special place at the edge of the world where this group of misfits can find purpose and meaning for their peculiar talents. But first they must go up against Hollowgasts, invisible monsters set on destroying them.

What starts out as a fun girls’ weekend for a group of sorority sisters quickly turns into mayhem and murder in paradise after a series of strange and inexplicable events. Every time one of the sorority sisters gets a shake-up, it pushes them further apart as their deadly secret from the past gets closer to being exposed. A Lifetime Original movie, be prepared for a wild ride filled with a few laughs and lots of screams as these best friends fight for survival.

A Lifetime Original movie based on the best-selling series from V.C. Andrews, it’s all hope and love when Ruby (Rachelle Banno) couples up with her high school sweetheart Paul Tate (Sam Duke). But when Paul’s parents forbid the relationship, a heartbroken and distraught Ruby flees to New Orleans and searches for her estranged father. While she clings to her love for Paul, she starts to learn about dark family secrets surrounding her mysterious father and mother’s death.

Situated in an island paradise, a group of teenage best friends learns about their future careers as marine biologists. Meanwhile, they get distracted when they set out on a treasure hunt deep in the jungle. Starring Izabela Rose and Jayden McGinlay, sometimes the greatest friendships and deepest mysteries are all found in one place.

A group of soccer moms in a quiet suburban neighborhood gets shaken to their core after a mysterious murder disrupts their tranquil community.  When one of the mothers joins the PTA, she hopes to get more involved in her daughter’s new middle school. But a deranged power mom is willing to go to extreme measures to stay in control.

The popular reality series from BET, ‘College Hill’ gives you a behind-the-scenes look into the lives of a group of college students studying abroad in the U.S. Virgin Islands. Housed in a luxury apartment with six impossibly attractive strangers, the series follows them as they face the challenges of college while pursuing their hopes and dreams. When personalities clash and romance blossoms, college classes take a backseat as the drama heats up.

Retro TV 101: Back to School Shows

This semester, there is a place you’ve got to go for learning and it’s reruns of this ‘80s hit show. Starring an ensemble cast including Kim Fields as Tootie, Nancy McKeon as Jo, along with Nat (Mindy Cohn) and Blair (Lisa Whelchel), get nostalgic for high school as Mrs. G (Charlotte Rae), the housemother at the Eastland School, guides a ragtag group of girls navigating the ups and downs of being a teenager. Get ready for joyous chaos when this goofy gang tackles and solves problems in 30 minutes or less.

Eat your heart out! And don’t forget to put ketchup on it.

The iconic series from the ‘50s set the standard for the great American family sitcom. Starring Jerry Mathers as Beaver Cleaver and Tony Dow as his big brother Wally, the showed premiered in 1957 and aired for six seasons. Parents Ward and June, played by Hugh Beaumont and Barbara Billingsley, along with their two sons, warmed hearts with laughter and a few tears as viewers followed America’s favorite family on their daily adventures in a suburban fantasy world.

I wouldn’t wanna do anything to hurt God. He’s got enough trouble with the Russians and all.

In a heartwarming rags to riches story, become reacquainted with Ricky Stratton (Ricky Schroder), a kid that reunites with his father for the first time. An overgrown business magnate with a successful toy company, his father Edward Stratton III (Joel Higgins) introduces his young son to every kid’s wildest fantasy – mansions, sports cars, and rooms filled with the best toys and arcade games. Be prepared for lots of laughs when Ricky tries to give his immature new dad some much-needed guidance in a hilarious father-son role reversal.

When iCarly premiered on Nickelodeon in 2007, the first iPhone had just become available, social media was getting started, and Carly and her pals’ web show was a smash hit. Now, this spunky gang of young teens must balance instant stardom with everyday high school life. Miranda Cosgrove plays Carly, the voice of reason, along with her troublemaker best friend, Sam (Jennette McCurdy), next-door neighbor and tech geek Freddie (Nathan Kress), and goofy Gibby (Noah Munck). Hilarity, chaos, and teen stardom. What could possibly go wrong?

Vidgo gets an A+ in streaming with the best in live sports, news, and entertainment, along with thousands of on-demand shows and movies!

Looking for more content? Check out other watch guides on the Vidgo blog The Stream such as 10 Best Shows and Movies to Watch with Dad and the Hallmark Network Watch Guide.