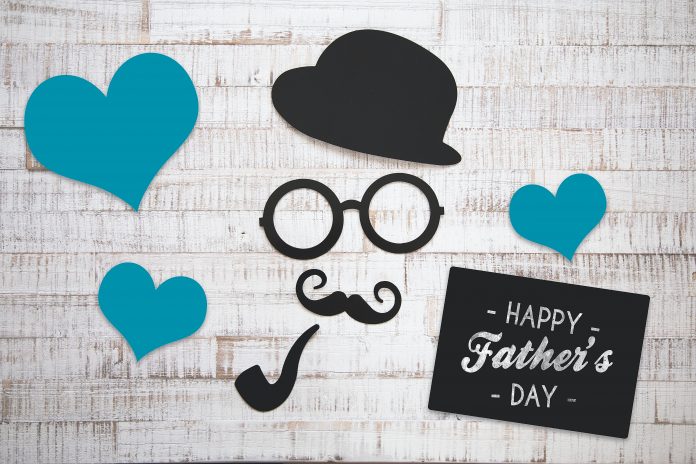 Celebrate Father’s Day with these trending shows and movies that center around the joys of fatherhood.

This Father’s Day, if you’re ready for adventure, head out on the highway with Food Network star Guy Fieri and his family as they set out on the ultimate All-American road trip. Armed with an appetite for the best road food and lots of family love, this reality series contains the perfect ingredients for happy streaming with Dad. Get Your snacks ready because Guy and his family will make you hungry as they sample the most delicious food across the country, one diner and truck stop at a time.

With his irresistible sad-sack charm, Fred Sanford (Redd Foxx) delivers nonstop wisecracks as his exasperated son Lamont (Demond Wilson) tries to keep the wacky household from falling apart. This classic 70s sitcom is a hilarious take on a dysfunctional but lovable father-son dynamic. Chances are slim that Lamont will ever convince Fred to give up the junk cluttering up the house, but you can bet on lots of hysterical and savage one-liners.

“You can tell what was the best year of your father’s life, because they seem to freeze that clothing style and ride it out.”

Starring Adam Sandler, this hilarious 90s comedy puts the fun in dysfunctional fatherhood when a lazy law school grad adopts a 4-year-old kid to impress his girlfriend. Endearing, hysterical, and charming all at once, this classic comedy about fatherhood delivers lots of laughs and heartwarming moments that remind us that dads, particularly non-traditional ones, can be responsible and funny at the same time.

Start your engines and shift into high gear for some full-throttle father-son bonding. Hosted by Brother JD, a motor enthusiast and expert custom-car mechanic, travel across the country as car owners talk about the interesting and surprising stories behind their dream cars. Get an up-close look at what makes the engine per like a kitten, the special accessories, and other fantasy accessories of the most prized collectible cars on the planet.

Father-son bonding gets a sci-fi twist when astronaut Roy McBride (Brad Pitt) travels across a brutal solar system to uncover the secret behind his father’s (Tommy Lee Jones) disappearance. To complicate matters, his doomed expedition is now a threat to the universe. Everything he does on his outer space missions is to honor his dad and his ongoing pursuit of knowledge. In this action-packed sci-fi thriller, he is determined to stop the destruction and reveal the truth of the endless void.

For sporting goods executive Mike Baxter (Tim Allen), sharing a home with three daughters and his wife is challenging with all the excessive estrogen in the house. As his masculinity gets a continuous shake-up, the laughs keep coming when machoism gets a reality check. Also starring Nancy Travis as his wife Vanessa, no topic is off-limits in this politically incorrect household.

Michael Kyle (Damon Wayans) is on a quest to have a traditional family, but it’s not that easy with his ragtag household of misfits, including his day trader wife Janet (Tisha Campbell), gangsta-rapping son Michael Jr. (George Fore II), and two temperamental daughters. He might find fatherhood an increasingly frustrating experience, but there are many happy moments in between that chaos. When the dust finally settles, he might realize that his dream of a traditional family has already come true.

“A father carries pictures where his money used to be.”

In the first installment of the hit comedy franchise, it’s an arms race to be the coolest dad. The straight-laced and adorkable stepdad played by Will Ferrell faces tough competition when Dusty (Mark Wahlberg), the macho motorcycle riding, leather-clad baby daddy, pays a visit. The household gets turned upside down when each dad tries to one-up the other, resulting in a series of slapstick mishaps, public humiliation, and funny innuendos. In the war between dad and stepdad, family is always worth fighting for.

In the sequel to the hit comedy, it’s more daddies and more problems when Brad (Will Ferrell) and Dusty (Mark Wahlberg) have to deal with their meddling fathers for the holidays. With two completely different families under one roof, what could possibly go wrong? Also starring Mel Gibson and John Lithgow, ‘tis the season for nonstop gags, funny one-liners, and awkward moments.

When three guys move into their dream bachelor pad, they get a life-changing shakeup after finding a baby girl on the doorstep. Get ready for joyous chaos and hilarity to ensue as they fumble through unexpected fatherhood and taking care of an infant. The young and happily single Ben (Jean -Luc Bilodeau) isn’t ready to be a dad, but he has no choice but to embrace his instant, unexpected family. With a cast that has plenty of chemistry and a goofy yet heartfelt premise, Baby Daddy is a fun show to binge-watch with all the fathers in your life.

When it comes to the best streaming entertainment, father always knows best.

Looking for more content? Check out other watch guides on the Vidgo blog The Stream.

Along with top picks for Father’s Day, Vidgo subscribers can also enjoy the best in live sports, local programming, 100+ channels, and thousands of on-demand titles!