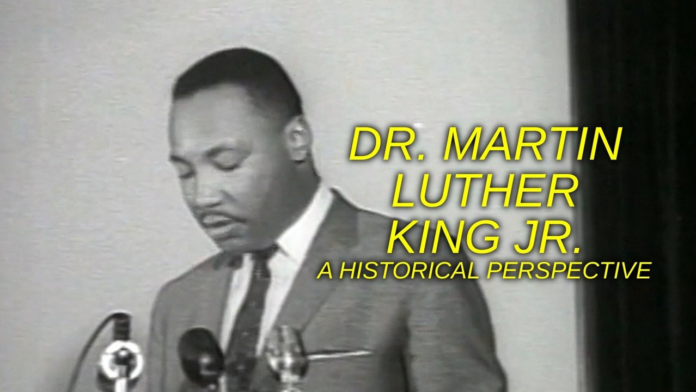 Vidgo celebrates the life and legacy of Civil Rights leader and Baptist minister Dr. Martin Luther King, Jr. with three documentaries this weekend. The programs focus on the man who championed changes in how Black Americans were treated in the United States during the 1960s.

David Susskind’s historical and intimate interview with Dr. Martin Luther King aired on a televised talk show on June 9, 1963. The discussion focuses on the state of American Civil Rights and what King called the lack of movement toward Civil Rights legislation. Both topics caught the ears of the Kennedy Administration and Americans nationwide.

This 1963 interview offers insight into King’s Civil Rights awareness from a past and present perspective.

“Martin Luther King A Historical Perspective.” In this 1994 documentary, King helps drive change in the U.S. in the face of bitter opposition, including a brutal intimidation campaign by J. Edgar Hoover’s FBI.

King is best known for desegregation, labor rights, the black’s right to vote, ending racism, and economic equality. His famous “I Have a Dream” speech on the Washington Mall on August 28, 1963, declared that “every valley shall be engulfed, every hill shall be exalted, every mountain shall be made low, the rough places will be made straight, and the Glory of the Lord shall be revealed, and all flesh shall see it together. That is our hope.”

All three programs are in the Martin Luther King category on the Vidgo home page.