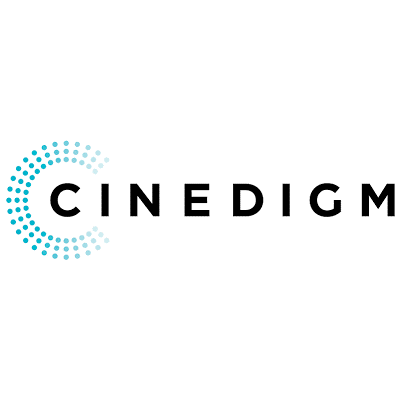 When I was a kid, I used to go to the our neighborhood grocery store with my mom.  It was owned by European immigrants who founded the store on quality, quantity, and guaranteed lowest prices. You could get everything you needed.  A half-gallon of milk was $0.90.  A loaf of bread was a quarter. Beef was $.050 a pound. Additionally, a gallon of gas was $0.32, and a movie ticket, if we could afford it, was under a buck.

Not a lot has changed since then.  The cost for goods and services today is all relative. The economy ebs and flows. Prices change. We still squeeze every penny out of a dollar, especially with a recession looming.  Life is heavy. You need a way to get away. How do you do it without breaking the bank? One way for me is entertainment.

The first time I went to Disneyland, I remember my dad pointing out a sign at the entrance where the train passes over a pedestrian tunnel. It is a quote by Walt Disney.  “Here you leave today and enter the world of yesterday, tomorrow and fantasy.”   My dad was one of the first to visit “The Happiest Place on Earth” back on July 17, 1955.  His love for Disney entertainment rubbed off on me.  Now that I have kids and grandkids, It’s more difficult to afford a passport to the parks, so Disney movies are a great way for me and my family to be entertained.

Movies are no different from anything else. The cost to see a movie continues to climb at an alarming rate.  What can you do?

Vidgo offers an affordable solution. The streaming service not only includes movies, but also offers 150+ channels of ESPN, FOX, Disney, Discovery, in addition to its thousands of VOD movies and show titles.  And, Vidgo is adding a host of new channels to their vast library of content. Vidgo has partnered with Cinedigm, a premier provider of feature films, TV series, and documentaries.

The new channels include Dove, a collection of family-friendly feature films and entertainment. Docurama, which offers a selection of compelling and award-winning documentaries, films, TV series, and music. And The Bob Ross channel, a timeless series dedicated to the how-to of painting.  Who can forget those 30-minute masterpieces narrated by a soft-spoken man whose hair was as good as his art.

Best of all, it is all included in your monthly subscription. No extra fees or add-ons. No contracts. Your Freedom to Entertain just got better. It’s like buying a box of candy at the concession stand and getting a tub of popcorn, with butter, a box of candy, and a drink for free.  Some of the new titles include:

The Second World War was fought on myriad fronts, from the deserts of Africa to sea battles in the Pacific to aerial dogfights. Facing one of history’s most lethal adversaries in the form of the Nazis, every battle mattered for the Allies.

Mercenary Nick Boon (McDonough) is trying to atone for his life as an enforcer for a ruthless syndicate. Running from his past, Boon moves to a remote area in the pacific northwest where he meets a struggling widow (Seidel) and her son. When he finds the pair living in fear of a criminal kingpin (Flanagan), Boon realizes the only way to protect them is to do what he does best: Kill.

These light-hearted police drama follows a sheltered deaf woman who is about to start her first real job with the FBI. When she is given the tedious task of analyzing fingerprints, Sue is disappointed but doesn’t remain there for long. An FBI agent discovers her ability to read lips and promotes Sue to an elite surveillance team. Suddenly, Sue and her hearing dog, Levi, are “G-Men,” involved in a lot more action than they bargained for. This series is loosely based on the real-life deaf FBI agent Sue Thomas.

Following the story of Bruce Springsteen an American singer, songwriter, and musician.

In the fast lane of streaming, Vidgo offers the best live TV experience, period. Easy plans in both English and Spanish, quick signup, great features and the widest selection of LIVE sports, news and shows. All with no contracts and no hidden fees. It’s never been easier to gain unparalleled access to virtually everything, wherever you are, for an unbelievably low price.

Whether you are looking for quick access to catch the big game or are just fed up with expensive cable contracts, Vidgo has you covered.