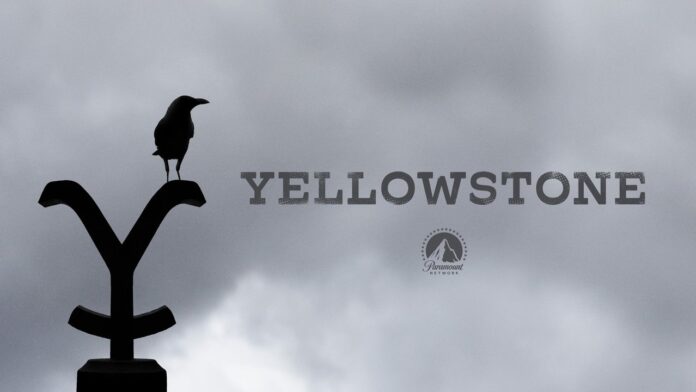 Saddle up and head to Montana for another ring of fire even more explosive in Season 5 of Yellowstone, now streaming on demand at Paramount Network with Vidgo.

If you’re showing up late to the rodeo, Yellowstone, the breakout Western drama series from Paramount, follows the Dutton family dynasty, which spans decades and centuries in a long string of land disputes in Montana and Utah. Fast forward from 1883 – also the title of the Paramount Plus hit prequel – and John Dutton, played by Kevin Costner, is fighting several battles on the home front to preserve and protect the largest ranch in the U.S.

For Yellowstone fans, you can expect even more signature melodrama in Season 5. A little rugged and dusty at the edges, the characters are once again pushed to the edge. The dramatic tension is almost too much as viewers wonder what choices they will make with their way of life on the brink.

The Duttons are complicated and deeply flawed, but they all want the same thing – to preserve the natural state of Montana as God intended, a special place like no other, a marvel that would make even the most cynical and heartless developers stop counting their profit margins and open their hearts to awe and wonder. But the humbling and inspiring spirit of the mountains doesn’t have the same effect on some that have lost their souls.

There are big questions hanging over Season 5: Will Jamie (Wes Bentley) and Beth resolve their explosive sibling rivalry? Will Monica (Kelsey Asbille) and Kayce (Luke Grimes) heal from their trauma and expand their tribe? And can John Dutton save the ranch with executive orders as the Montana governor, or will it only pour gasoline on the smoldering fires?

If you’re catching up on the seasons, you already know nearly every episode delivers a bolo tie-clutching moment where it’s almost gratuitous, making the viewer discretion an apt warning. For those that are extra sensitive, thank the cinematic gods for the fast-forward function. No spoiler alerts are needed but it’s safe to say you can expect some whiskey-drenched roughhousing at the local dive bar and a few dead bodies.

Cinematography is the Star of the Show

With Yellowstone film locations in Montana and Utah, the cinematography by Jim Denault is one of the biggest stars of the show, showcasing the magnificent land that the Duttons have been fighting for since Season 1. In between board meetings, assassination attempts, environmental hazards, wolves, and other onslaughts to the ranch, the camera takes its time and lingers over stunning mountain panoramas. Despite all their demons and bad behavior, you can’t help but root for the Duttons in their never-ending quest to protect the land.

Blast From the Past

Another layer of generational trauma added to Season 5 is the flashback scenes with the teenage Rip (Kyle Red Silverstein) and John Dutton in his prime, played by Josh Lucas with the confidence, heart, and swagger of love-worn leather. In both the present day and the 90s, the battle rages between Dutton and the rubber stampers, making him an unlikely environmentalist. While vegan activists cry about leather jackets and cow murders, John is butting heads with the EPA over various environmental hazards, including sage bush removal and the deadly paraquat herbicide being sprayed indiscriminately and without warning, killing every living thing in its path. Viewers can expect blowback from those that attempt to alter the ranch and the Dutton’s way of life.

With no filter and a personality as dangerous and unpredictable as a rattlesnake, Beth, played by Kelly Reilly, is a wild card, and you can bet your sterling silver belt buckle you’ll be on the edge of your seat waiting for someone to dare yank this tiger’s tail.

You are the trailer park. I am the tornado.

The aftermath of her bad behavior is priceless as the back-and-forth bickering with her father John turns Beth into an indignant 15-year-old with the best one-liners. Season 5 also follows up with the vegan activist story arc, played by Piper Perabo. The little lamb Beth sacrificed in the name of the Dutton dynasty is part of a plotline that cleverly bridges the gap of division between environmental activists and OG ranchers.

John Dutton – A Man of Few Words and Lots of Heart

After the dust settles in between bombshell revelations and moments of unbearable anguish, viewers won’t have to suffer through weepy long-winded monologues that you often find in TV network dramas. Instead, you’ll get a few words from John Dutton that float like a feather and cut straight to the heart like a knife, all in less than a minute of dialogue that lingers and burns into the soul.

As the sun sets on the prettiest mountains in the world, the cowboys and cowgirls head back to the barn, dust off their boots, and hit the hay, all so they can wake up and do it again the next day. Whatever happens on the messy and unpredictable stage of life, the players of Yellowstone keep calm and cowboy on.

Get roped into Season 5 of Yellowstone, now streaming on the Paramount Network with Vidgo.

Vidgo subscribers can also enjoy the best news, sports, entertainment, and Latino programming with 150+ channels and thousands of on demand shows and movies.

For a behind-the-scenes look into the hit Western drama on Paramount, check out ‘Yellowstone’ film locations on the Vidgo blog The Stream.