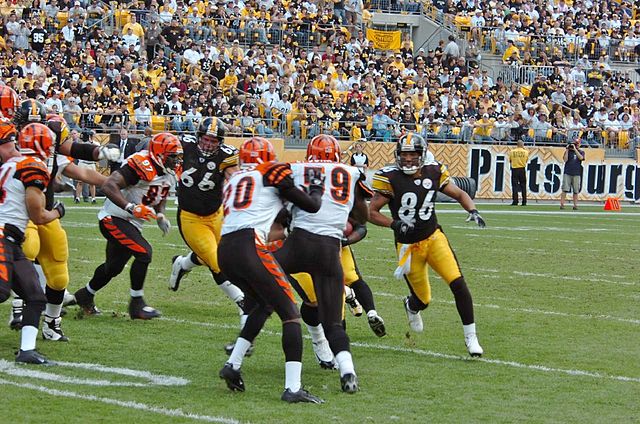 A game to remember, the Steelers faced the Bengals in Cincinnati Sunday afternoon in another classic AFC North rivalry matchup. Coming in after a heartbreaking Super Bowl loss, the Bengals were a seven-point favorite.

The Steeler’s defense got off to a great start. On the Bengal’s first drive, quarterback Joe Burrow went to pass and threw a pic 6 to Steelers safety Minkah Fitzpatrick. By the end of the game, the Steelers had 4 interceptions and 2 forced fumbles. But even with a total of 6 turnovers in regulation, they could not convert on offense, which led to a close game up until the very end.

The craziness began late in the fourth quarter when the Bengals were down 14-20. They marched down the field and scored a touchdown with no time remaining to tie the game at 20. Now all they had to do was make the extra point to win the game.

Play of the Game

The kick was up and blocked by no other than Steelers superstar Minkah Fitzpatrick, which forced overtime. The madness didn’t stop with both Steelers and Bengals kickers shanking game-winning field goals.

Finally, with seconds left in the game, kicker Chris Boswell made a 53-yarder to give the Steelers a 23-20 win.

The Cowboys look like they’re in trouble at the start of the season with Pro Bowl quarterback Dak Prescott expected to miss 6-8 weeks due to a right thumb injury that required surgery. The Steelers also suffered a big tig time setback with Defensive Player of the Year TJ Watt suffering a pectoral injury, keeping him out for 6 weeks. With top players on the injury list, it should be interesting to see how the Steeler’s defense and Cowboy’s offense hold up over the next few months.

A Record of Missed Kicks

A week of kicking to forget, the first week of NFL was filled with a shocking number of missed kicks, including multiple game winners and easy chip shots. In 14 NFL games this week, there were 15 total missed kicks. This week was bad, but nothing will ever match last season’s Week 5 where 13 extra points were missed in one week, an NFL record.

Score big on the latest sports news with more articles on the Vidgo blog The Stream such as College Football Week 2 Recaps: Top Highlights. Along with the most comprehensive coverage of college and pro football of any streaming service, Vidgo also features the best in entertainment, news, and Latino programming with 150+ channels and thousands of on-demand movies!