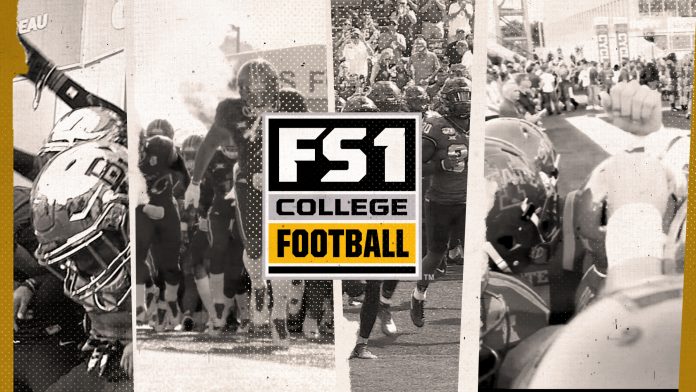 The report cards for the first week of college football are in, and it’s a mixed bag of upsets and predictable outcomes. Whether your favorite team landed on the honor roll or got sent to detention, one thing is sure – there was plenty of excitement in the 2022 college football season opener. From the Stream Team at Vidgo, here are the highlights:

Clinching a win in the final 30 seconds of the game with a brilliant end zone interception, the Gators have once again lived up to their reputation as the scrappy comeback team. This cliffhanger game is what makes college football so exciting, especially considering the upset by an unranked Florida. In the first half, Florida made a number of mistakes, like missed tackles on the defense and holes in the offensive line. In the second half, Florida quarterback Anthony Richardson had lots of action with big plays, including a 45-yard rushing touchdown, putting them a point ahead of Utah. Now that #11 Utah has lost to the Gators in their first game of the season, dashing their hopes for the playoffs, Florida could be the breakout Cinderella team this year.

With a prestigious program like Alabama, you can always expect big plays from top players like QB Bryce Young and wide receiver Traeshon Holden. In a brutal 55-0 shutout, the Crimson Tide dominated the Aggies at every stage of the game. In terms of physicality, Alabama players were more talented and capable than Utah State, which was more than evident in the first quarter when Alabama scored 17 points. With an impenetrable wall of defense, an all-star quarterback, and an offense that never misses any tackles, Alabama has no weaknesses and might just be the best college football team in the country.

With both teams struggling to gain momentum last season, the Warhawks and the Longhorns both have plenty to prove this year. Quinn Ewers and Bijan Robinson took charge in the second half with a 52-yard drive in six plays, ending with a 16-yard touchdown pass. This play was significant for Robinson, which marked the 12th time he has scored either rushing or receiving in his last 13 games. The Warhawks couldn’t keep up with the dominating Longhorn offense and lost in a near 52-10 blowout.

Notre Dame put the Ohio State defense to the test in a gritty 21-10 loss. #5 Notre Dame showed up for battle with a 10-7 lead in the first half but eventually got worn down by the Ohio defense. The Buckeyes asserted themselves with a solid offensive line that gave Xavier Johnson plenty of time to run down the middle for a 24-yard touchdown. Early in the game, Notre Dame made some big catches but ran out of strategies to outman Ohio State.

A D minus from start to finish, Oregon has some work to do while in season opener detention with their 49-3 matchup against Georgia. But to be fair, the Bulldogs had a ton of buzz in the preseason, and they lived up to it and more in their first game. With a new coach and outmanned defense, Oregon started off on shaky ground against Georgia, which didn’t come as a surprise with Stetson Bennett playing at the same high level as last season. Despite key players on defense having left for the NFL, freshman Malaki Starks made an impressive debut with an epic interception, making him the breakout star of Georgia.

Alabama and Georgia are unstoppable, Oregon needs to work on their running game, Texas is eyeing a comeback after a lackluster season, and Florida is full of surprise talent.

Get a kick out of the latest sports news at the Vidgo blog The Stream, such as 2022 NFL Preseason Roundup and Most Exciting Players of 2022 College Football. Along with comprehensive coverage of live college football games, Vidgo subscribers can also enjoy the best in news, entertainment, and Latino programming with 150+ channels and thousands of on-demand shows and movies!