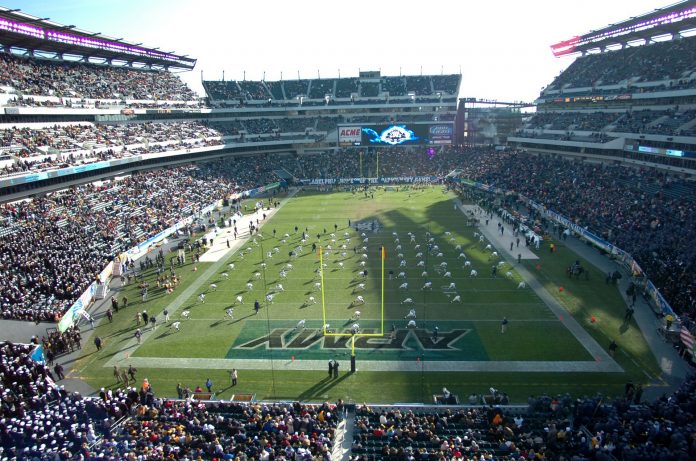 Football fans always root for their favorite teams, especially if they’ve already placed their bets and bought the swag. Above all, entertainment is what keeps people glued to their TVs and inspires pilgrimages to stadiums every season.

But whether the favored teams win or lose, the individual players that make the big plays are what makes football so addictive to watch. Keep a close eye on these exciting names in college football and you just might get a glimpse of future NFL stars.

It certainly helps that this fierce outside linebacker is on top-ranked Alabama, a powerhouse team known for exciting football and athletic excellence, but Will Anderson Jr. is a singular talent. The leading college football player in sacks (17.5) and tackles (101) last year, he is a defensive beast on the field. Consequently, there has been plenty of buzz that he’ll be the top NFL draft pick next year.

Compared to other running backs from top-tiered teams, Vaughn doesn’t often land the spotlight since Kansas State isn’t as prestigious as Ohio State or Alabama. But when you look at his performance in 2021, he has certainly earned some recognition. With a total of 1,872 yards, 49 receptions, and 22 scores, this first-team AP All-American could be the hidden gem that outruns a seemingly unstoppable defensive line.

With stats that easily put him as a frontrunner for the Heisman trophy, all eyes are on Robinson, who is set to have a big year. Even with an elbow injury that kept him out of two games, his tenacity is a testament to his total of 1,127 yards and 11 touchdowns in 2021.

An exciting defensive tackle to watch, Carter made some big plays last year, causing head-scratching moments for teams with a solid offense. With impressive stats like 11.7% tackle averages on snaps, ESPN’s Mel Kiper Jr. has him ranked as the #4 prospect in the 2023 NFL draft.

With impressive stats, including 1, 272 yards and 15 touchdowns, Henderson was one of the most talented freshman players in 2021. This year, when he’s on the field playing offense for Ohio State, you can expect some exciting plays with even better performance.

As a team, Louisville has a long list of challenges this season, but the best tool in their offensive arsenal is Malik Cunningham. The epitome of excitement in college football, he’s made history as one of two quarterbacks in the program’s history to pass for 300 yards and run for 200 in a game. He was also the only quarterback last season to surpass 1,000 rushing yards, making him a dynamic player to watch this year.

A season-ending injury last October would have slowed down most players, but not Boutte, who racked up 13 touchdowns in nine games as a freshman. Going into the 2022 season, he’s considered one of the most talented players on the roster.

Even though his time on the field was cut short due to a torn ACL in his fourth game last year, we got a glimpse of this force of talent on Clemson’s defense. With brow-raising stats in such a short amount of time, he earned the All-ACC Third-Team honors in 2021. Fully recovered from his injuries, he is back and expected to play better than ever.

Syracuse is known for its strong running back tradition, so it’s no surprise that Sean Tucker has found a sweet spot on last year’s offensive. He made history when he broke the single-season school rushing record with 1,496 yards, securing his spot as a serious Heisman Trophy contender.

As a quarterback that made history last year for NC State, you can expect some big plays from Devin Leary, the most talented player on the team. Based on last year’s performance and his entire career at NC State, he is arguably one of the best quarterbacks in the country. Setting the single-season school touchdown record last year with 35 touchdowns, you can expect epic, NFL-level plays during his final season.

This season, catch up on the latest sports and entertainment news at the Vidgo blog The Stream, including College Football 2022 Shapes Up with AP Preseason Polls and Get Ready for Kickoff with Vidgo’s 2022 NFL Predictions. Along with comprehensive coverage of college and NFL games, Vidgo subscribers can also enjoy the best in news, entertainment, and Latino programming with 150+ channels and thousands of on-demand shows and movies!