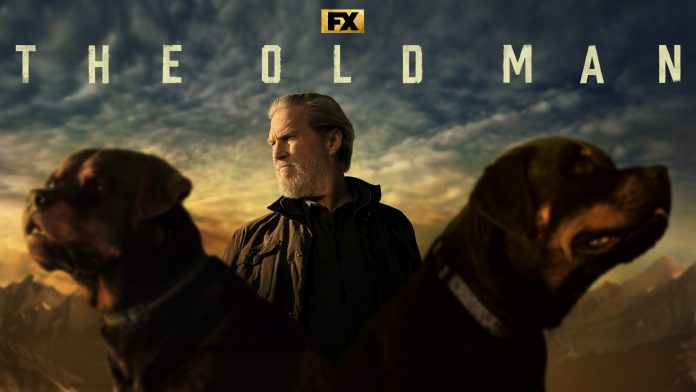 By definition, spy thrillers are a race against time, a page-turning, on-the-edge-of-your-seat narrative with a bomb always about to explode, figuratively – or literally in some cases. When production of ‘The Old Man’ was put on hold in 2020 due to the pandemic and Jeff Bridges’ cancer diagnosis, which is now in remission, it hit too close to home, making the breakout espionage show on FX even more high stakes.

According to critics, there’s a reason ‘The Old Man’ was the most watched premiere on FX. Since the 70s, Jeff Bridges earned his movie star status not just from his Hollywood good looks but also from his authentic acting style, which has been lauded by critics throughout his impressive career.

His character’s nuanced complexity combined with unstoppable, albeit messy, mortal combat is a winning combination that gives Bridges a memorable vehicle for the later stage of his career. In this case, he assassinates ageism with every John Wick-style punch, kick, and kill.

In spite of a storyline as slow as the urine stream of an aging, retired spy – or because of it – viewers and critics alike just can’t get enough. Thankfully, the cinematic gods have blessed us with another season in the works. Based on the latest reviews, here’s what you can expect from Season 1 of ‘The Old Man’:

In the first two episodes, director John Watts proves that less is more, setting the scene for the uncomfortable violence and a dreaded uncertainty of how it will play out. As Nick Allen points out, “The first episode is a great example of the power that can be created by depicting action with careful, minimalist elements – a dark road at night, lit only by headlights – and the camera slowly moves between one distinct framing to the next, creating tension.”

Ari Shapiro From All Things Considered on NPR

The storyline trots along almost too perfect for a spy thriller, checking off all the boxes of suspense and foreshadowing. Ari Shapiro notes how ‘The Old Man’ follows a well-worn path that is easy to predict but also makes the case for Jeff Bridges’ deeply effective performance. “The pleasure comes from watching the incredibly watchable Bridges play a character that seems an embodiment of his current state, an old master always capable of making you care one more time.”

Adrian Horton From The Guardian

Based on the 2017 novel by Thomas Perry, ‘The Old Man’ delivers solidly on male fantasies. An ex-CIA agent in his 70s with hyper-competence, impossibly superior combat skills and a gift for fostering unlikely loyalties with wise storytelling certainly fit the bill. As Horton explains, “The Old Man breaks no rules of the action genre other than a hero of an unlikely age but plays by them dutifully enough that it’s occasionally gripping, frequently interesting, and never less than watchable.”

With its strained parent-child relations, galvanic disguise fantasies, and a perplexing bond with the enemy, D’Addario compares ‘The Old Man’ to ‘The Americans’, also from FX, but points out significant differences: “But while ‘The Americans,’ in its early going, had the thrill of discovering new situations and new facets of one’s partner, ‘The Old Man’ assays a different stage of life and comes by its moroseness honestly.”

Nick Schager From The Daily Beast

While Schager makes note of the predictable plotline that can be easily compared to the all too familiar espionage genre, the subtle and no less surprising details sprinkled throughout the series by an all-star cast make it stand out. “Bridges and Lithgow seize every available opportunity to imbue their archetypal characters with a world-weariness that’s palpable to the point of being crushing, and the material’s somber mood—amplified by a score of mournful cello and visual compositions that accentuate these figures’ alienation and loneliness—ultimately carries the day.”

Starring Jeff Bridges, John Lithgow, and Amy Brenneman, watch ‘The Old Man’ Thursdays at 10pm/ET on FX and on demand with Vidgo. Vidgo subscribers can also enjoy thousands of trending on demand titles, hundreds of channels, and the best in live sports! For more entertainment articles, check out our review of Atlanta Season 3 on FX, also available with Vidgo.