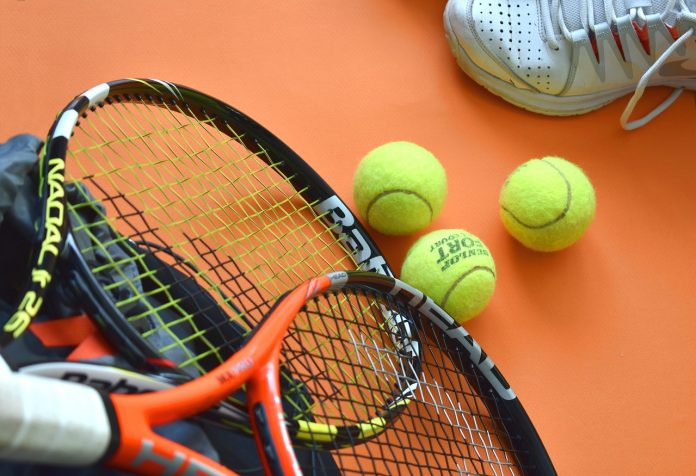 Summer is finally here, which means that pro tennis is starting to heat up. This season, get into the swing of things with interesting tennis trivia, including the history, statistics, and other fun facts about this popular sport.

During a match, a player runs an average of 3 miles, but the exact mileage depends on playing style. For example, David Ferrer, a top player known for speed and agility, covered the most distance with approximately 6.2 miles over 3 rounds of a tournament. Top-ranked Novak Djokovic, who plays closer to the baseline, covered half that distance at 2.5 to 3.2 miles over the course of three rounds.

The earliest form of tennis was called “jeu de paume,” meaning “game of the palm”, which started in the 12th century. Players suffered from red swollen hands because they used the palm of their hands to hit the ball back and forth over a net. Rackets wouldn’t be used until the 16th century.

You can find the world’s oldest tennis court at Hampton Court in London, which is still in use today. Built in the early 16th century, the court was the preferred venue for Henry VIII to play tennis with lords and ladies.

3. Wimbledon is a Smash Hit

The Wimbledon Championships is the oldest and most prestigious tennis tournament in the world. Established in 1877, it made up the first of the four grand slams that would be started later in other countries – the US Open in 1881, the French Open in 1891, and the Australian Open in 1905. In 1968, the Wimbledon began to offer prize money for the first time. Finally, in 2007, the prize money became equal for men and women.

Fun fact: A Harris hawk named Rufus works at Wimbledon to keep the sky clear of local pigeons. He is also an Internet sensation with 10,000 followers on Twitter.

The longest tennis match in history lasted 11 hours and 5 minutes between John Isner and Nicholas Mahut. After an epic battle on the court, Isner finally clinched a win. Another remarkable pro tennis player was Arthur Ashe, the first African American to win the US Open in 1968.

“Start where you are. Use what you have. Do what you can.”

Roger Federer has earned the most career prize money among men’s tennis players with $129 million.

“There is no way around hard work. Embrace it. You have to put in the hours because there’s always something which you can improve.”

Tennis players often grunt while playing, and there are valid reasons for it. Due to the intensity of the sport, grunting is essential for many players because it helps them breathe, concentrate, and boost their intensity. In fact, it is scientifically proven to increase shot velocity by nearly 5%.

The loudest grunt came from Maria Sharapova at Wimbledon 2009. It reached 101 decibels, which is louder than a lawn mower, helicopter, and jet engine.

The first set of sisters to ever win Olympic gold medals in the sport were Venus and Serena Williams, the famous sister act of pro tennis.

“ Tennis is mostly mental. Of course, you must have a lot of physical skill, but you can’t play tennis well and not be a good thinker. You win or lose the match before you even go out there.”

With a total of 22 titles, Rafael Nadal is the world’s all-time best clay court player with 12 French Open grand slams.

“People sometimes exaggerate this business of humility. It’s a question simply of knowing who you are, where you are, and that the world will continue exactly as it is without you.”

Get a kick out of more sports and entertainment articles on the Vidgo blog The Stream. Along with Wimbledon and the US Open on ABC and ESPN, Vidgo subscribers can also enjoy the best in live sports, news, and entertainment, plus thousands of on demand shows and movies!