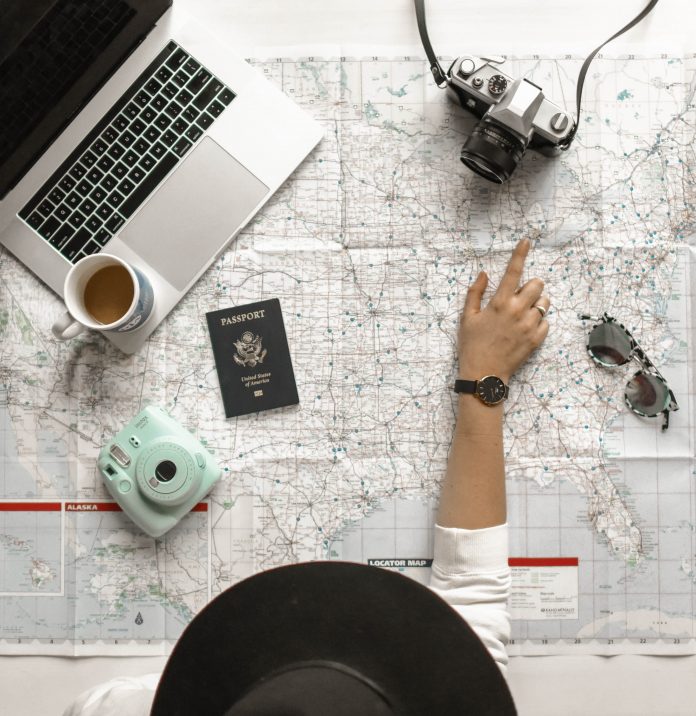 Whether you’re looking for inspiration for your next trip or want to learn about exotic locations around the globe, these trending travel programs are sure to satisfy your inner wanderlust – all from the comfort of your living room. From Hawaii and Alaska to Jamaica and more, discover the most intriguing hidden gems and hotspots on the planet.

From the History Channel comes the hit survival series Alone, which presents 10 participants with the dangers and challenges of the great outdoors. Dropped into a remote wilderness in Labrador, Canada, each survivalist competes to win as they battle the elements and endure hunger and loneliness deep in polar bear territory.

Bring sun-filled paradise into your living room with an in-depth look into the most luxurious all-inclusive five-star resorts throughout the world. The host takes viewers on an up-close tour of the most exclusive hotspots in the tropics, including stunning surroundings and once-in-a-lifetime excursions at each destination.

Hosted by Josh Gates, this trending reality show follows scientist Phil Torres and paranormal researcher Jessica Chobot around the world to mysterious and remote locations. As they investigate mysterious creatures, supernatural encounters, and extraterrestrial phenomena, be prepared for unbelievable discoveries when they reveal the stranger side of the unknown.

Host Casey Webb jet sets around the world and puts the strength of his gastrointestinal system to the test as he takes on the nation’s most legendary eating challenges. This summer, the reality series heats up with new episodes featuring extra hot food challenges. Have your snacks ready when you tune in because his sampling of top-rated regional dishes is a mouthwatering TV event.

In this documentary travel series, celebrities journey to their dream vacation spots, ranging from London to Los Angeles, and give viewers their quirky, irreverent take on the surprising highlights of each location. Talking with locals, sampling the cuisine, and taking in the biggest attractions, get ready to see major cities in a whole new light.

For every city or region that features ancient ruins, you’ll find a surprising story underneath the many layers of history. In Unearthed, scientists and archaeologists travel to ancient ruins like Rome’s coliseums, the mythical city of Xanadu, and the Egyptian city of Abydos. Through scientific investigation and CGI animation, viewers can experience these ancient civilizations in all their original glory.

Home to the most iconic institutions in the U.S., the National Mall makes up the heart of Washington D.C., the nation’s capital. From pilgrimage and protest to the famous cherry blossoms in February, discover the story of America’s most treasured national monument, which holds the country’s triumphant and complicated history. Including interviews with experts and historians, this documentary takes you through the entire timeline of the National Mall, starting with the planning and construction of the Washington Monument and surrounding promenade.

Get ready to smother your pain in melted cheese and other mouthwatering ingredients when you experience your favorite comfort foods on steroids. Host Jesse Blaze Snyder travels across the country to interview restauranteurs about their famous signature dishes that inspire diners to stuff their faces on the regular. Other episodes highlight addictive bites that bring on nostalgia like donuts, noodles, and more. Get out the napkins and put on a bib because it’s about to get messy!

There’s nothing like an up-close visit IRL to Hawaii, but the spectacular aerial footage featured in this stunning documentary shows the Aloha State in all its verdant, rugged glory. Hosted by Rodney Schumacher, follow a group of scientists from the NOAA as they explore the unknown waters of the Northwestern islands of Hawaii. Become mesmerized by the deep blue, unspoiled waters of this ancient archipelago, which is home to the most biodiverse marine life on the planet, including seals, sea turtles, and other rare creatures.

Armed with a primitive wooden raft and impossibly ripped abs, seasoned survivalist Hazen Audel is tasked with traversing 500 miles of unchartered Amazon territory without the help of modern gear or gadgets. What could possibly go wrong? From the comfort of home, viewers can marvel at his unbreakable tenacity as he climbs trees to find honey, hunts wild animals, and gathers berries to find basic nutrition in the most remote area in the world.

Our top picks for summer travel shows, ice-cold beverages, yummy snacks, and a comfy spot in front of the TV are all you need for your staycation checklist. Grab the remote and you’ve got a passport to the best travel programming for summer streaming.

Along with these top-rated travel shows, Vidgo subscribers can also enjoy the best in live sports, local programming, premium channels, and thousands of on-demand titles!

Looking for more content? Check out other watch guides and entertainment articles on the Vidgo blog The Stream.

‘Alaska Daily’ Review: The Entertaining and Impactful Show Shines a Spotlight on Violence Against Native Women

Why Viewers Are Drawn to the Horror Genre

Behind the Scenes: ‘Monarch’ Film Locations

‘Monarch’ Review: A Soapy Show With Big Hair and Even Bigger Drama